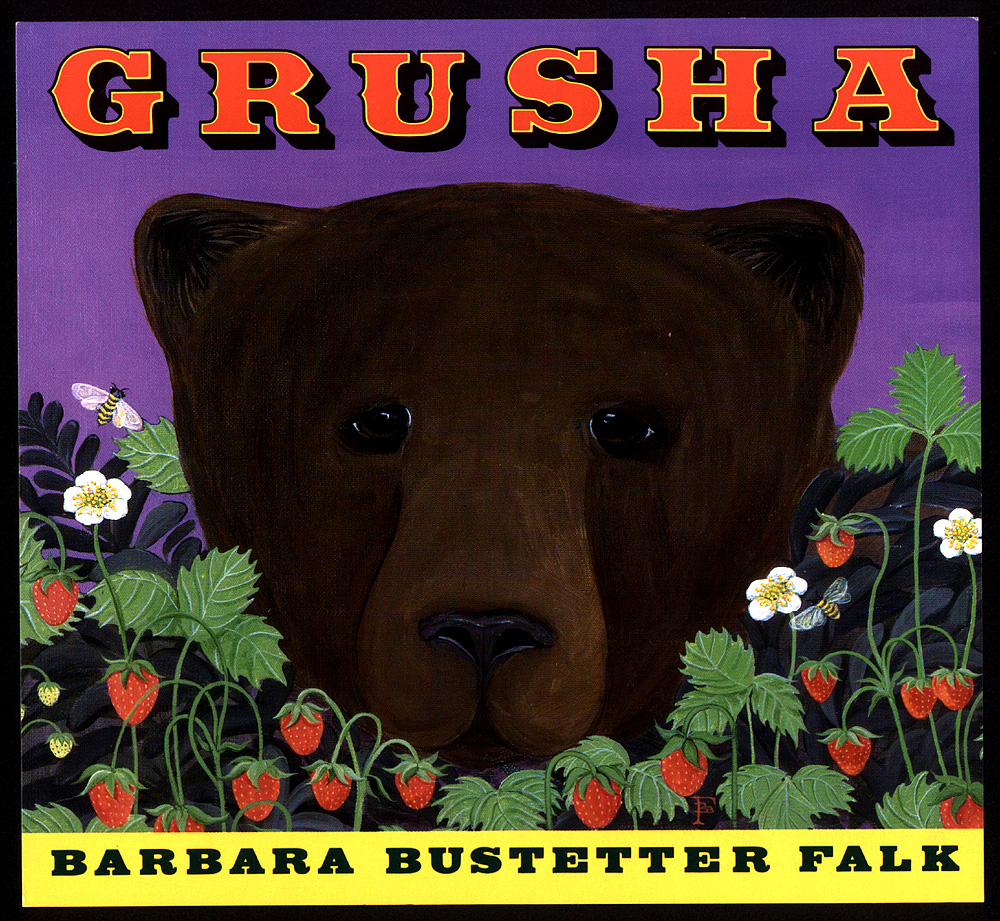 This story of a Russian bear under the big top stars Grusha, who dwells “in a forest so thick and damp, the trees dripped.” Captured, the bruin is trained in circus performing by the sympathetic Peter, and soon his dazzling acrobatic and bicycling skills bring wide renown: “Grusha became the toast of the town. And the toast of the circus as well.” Grusha eventually yearns for his forest–“he wanted to go back to being just a bear-” Peter leaves his cage door open, and Grusha cycles to freedom. Falk’s tale of homesickness and liberation may tug at heartstrings, even though her mixture of naturalistic and fanciful elements do not always coalesce. The arresting artwork’s primitiveness–similar to Reg Cartwright’s in Birds, Beasts, and Fishes –is given a Russian accent with Falk’s use of vivid red, deep green, yellow and purple. Despite minor shortcomings, however, this compassionate, slightly exotic tale blends a popular “fish-out-of-water” theme with a favorite setting for generally gratifying results.